It's estimated over 350 households in Northumberland are not connected to the electricity grid. The majority of these households rely on diesel generators to meet their basic electricity needs.

Very little progress has been made in getting these households connected, despite the efforts of individual households, utility providers and other organisations over many years. As the UK makes the essential shift away from fossil fuels, the situation is becoming increasingly urgent.

In 2019, CAN established the Northumberland Off-grid Task Force as a mechanism to bring together all key partners in endeavouring to do something about the situation – and help these households access the same electricity supply that the rest of the UK takes for granted.

The Task Force has engaged with Ofgem, the Energy Minister and others in attempting to focus efforts on helping to get households connected in one way or another – the Powerless People of Northumberland. 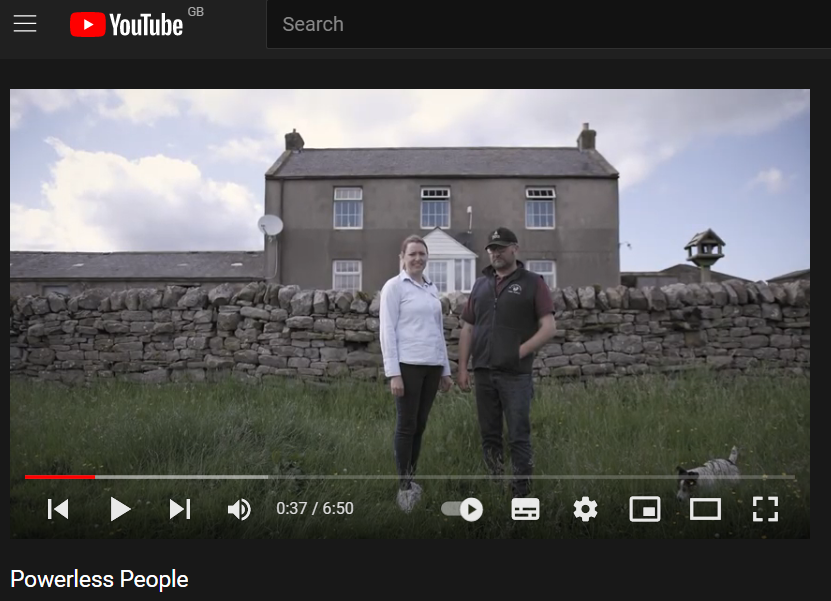 Watch our video hearing from people who live offgrid and how it impacts their lives.

Recently the issue was featured on BBC News Look North programme and an article on the BBC News website with CAN calling for action to help people get connected to the mains grid:

Are you offgrid for electricity or know someone who is?

We are currently collating the contact details of people living off-grid. By this we mean houses that are not connected to the electricity grid for their electric supply.

If you are living off-grid, or know someone who is, please register yours, or their details.

We are asking about this so we can understand how many households are currently off-grid, collectively address the situation and offer support.

Having spoken with a number of people who are living off-grid, for many this is not by choice, we are trying to help to resolve this situation.

Some myths busted about living offgrid

All off-grid properties are in rurally isolated areas.

A large majority are, however, there are still properties on the edge of villages and towns who are not connected to the grid.

People should move into towns if they want to be on mains electricity, we can move everyone into urban areas of Northumberland.
A significant number of off-grid families are working in the hills, such as farmers performing essential roles. If we don’t manage the countryside, it would mean no crops, no grazing fields, and risks from lack of land management include things like rivers flooding.

It must be cheaper to live without electricity.

It is far more expensive. Most off-grid households use diesel generators, they can pay around £4,000 per year (depending on the fluctuating price of oil) for 4 hours of electricity per day.

Can you run everyday appliances from a generator?

If you are off the grid the chances are you can’t have electric kettles, automatic washers, hairdryers/straighteners, tumble driers or even freezers. One householder told us she had to fill her generator with diesel twice to have one bath!

Why don’t the homeowners pay for a connection?

CO2 emission from one litre of diesel fuel is 2.68kg. Diesel exhaust contains more than 40 toxic air contaminants, including many known or suspected cancer-causing substances and contain other harmful environmental pollutants. In terms of reliability, most households who use a generator have a backup generator in case one breaks down.

What about renewable technology?

PV panels only work in certain conditions as do wind turbines. Hydroelectric is still unreliable and is obviously reliant on water being close by, all would require battery storage to provide a reliable alternative. This may be the only option for some off-grid households.